This evening I made spiced gooseberry chutney, using this recipe: http://www.chefheidifink.com/blog/seasonal/spiced-gooseberry-chutney/

First I spent about an hour and a half washing and topping and tailing the gooseberries. 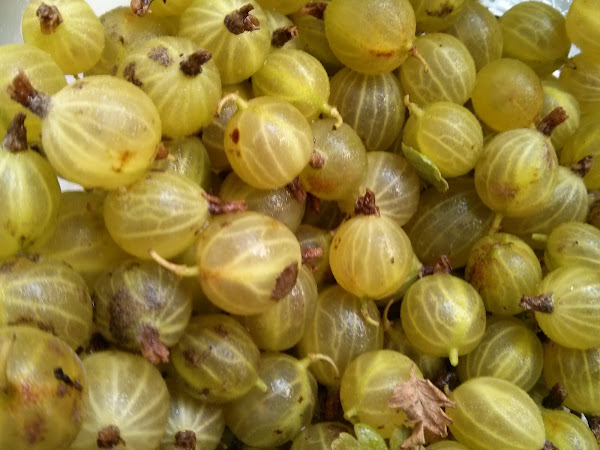 Then I spent about forty-five minutes simmering the gooseberries. 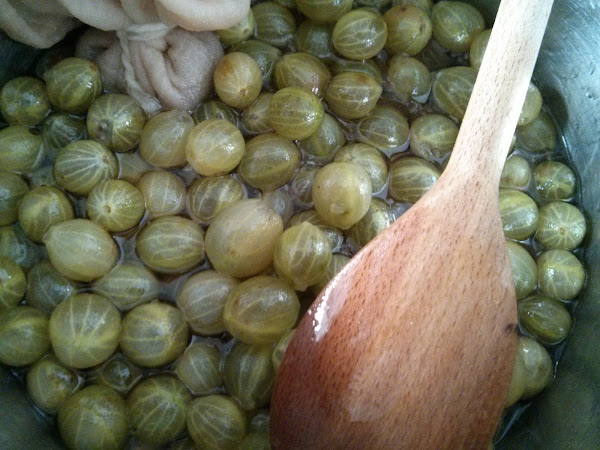 Then I forgot to take any photos while I was doing the canning/bottling, because I’ve never done hot water bath canning before so I was concentrating on getting it right. The jars of chutney are now cooling in the kitchen. I think the seals worked — I heard some clicks as I took them out of the water, and the lids don’t move up and down when I press them. 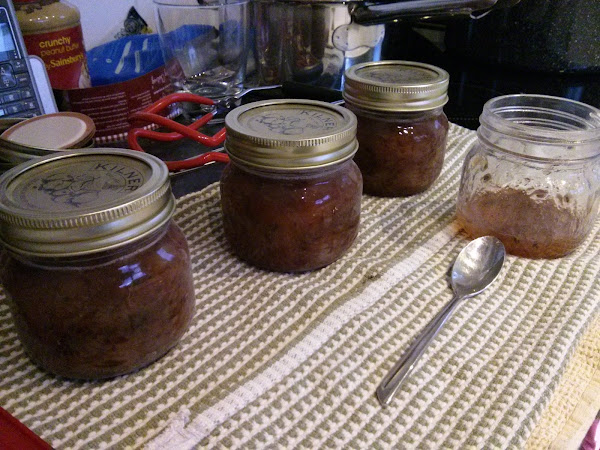 There was a little left over after I’d done three jars, so I’ve been able to taste the result already. It’s possibly a little too spiced on its own, but I think if I have it in a ham and cheese sandwich it should be pretty good.

Anyway, that’s number five of my new things to cook/bake/make in the kitchen. I’ll have to hurry up if I want to actually get to fifty-two before the year is out! I probably won’t though – I’ll just carry on next year.