This week I made strawberry jam. I started with a kilo of strawberries. 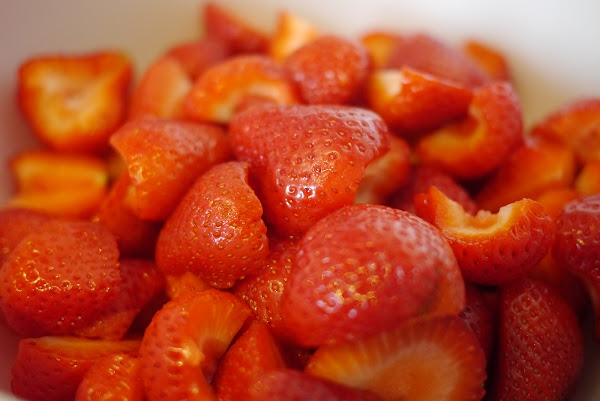 I then added sugar. I was supposed to add half a kilo at this stage, but didn’t notice until afterwards. I added a kilo of sugar. 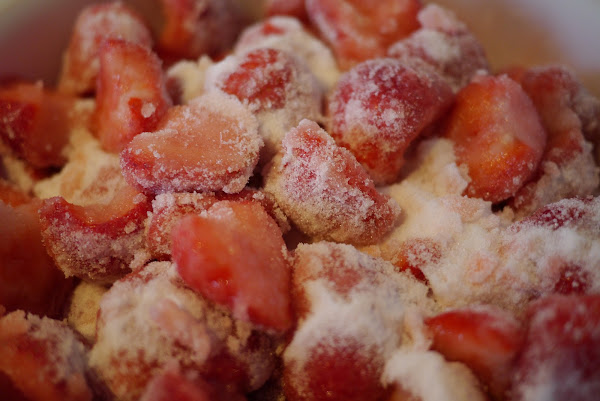 This went into the fridge overnight, which brought the juice out of the strawberries. 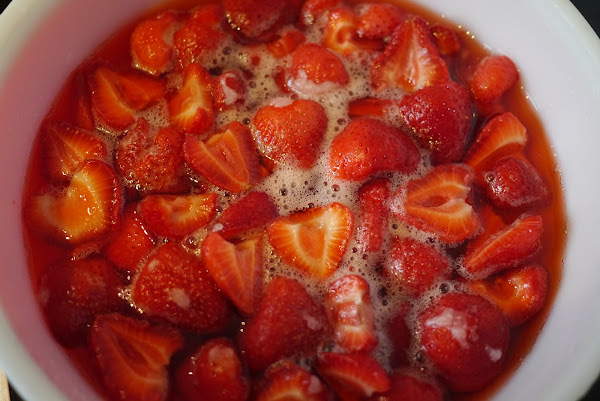 I put them in a very tall saucepan, along with the juice of half a lemon. If I hadn’t already added all the sugar, I would have added the second half a kilo now. 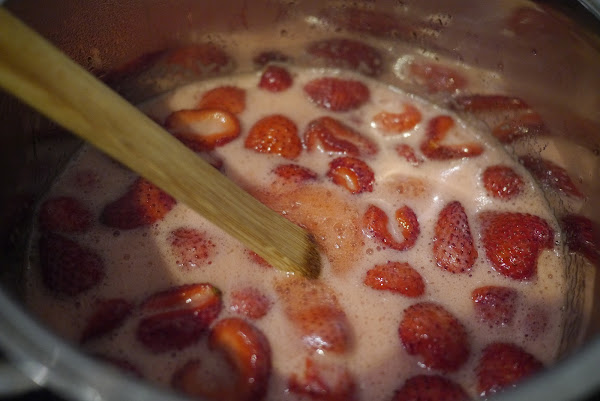 I boiled this for about half an hour, until it passed the crinkle test. 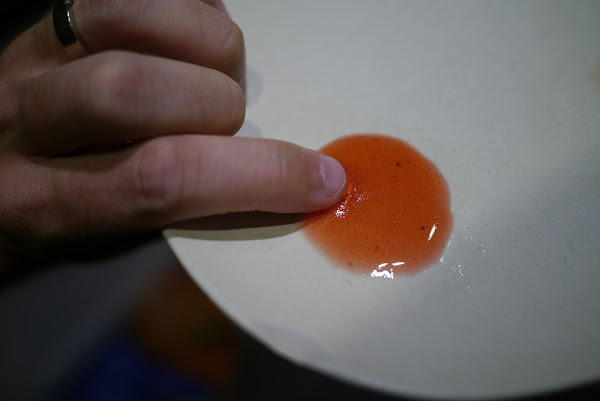 Then it went into sterilised Kilner jars, which were then boiled for five minutes to get the air out of them. If I’d had the right size wax discs I would have used them instead. 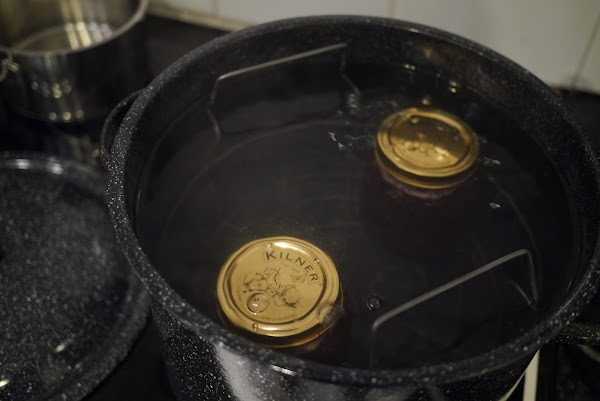 I took the jars out, and after a few seconds each lid gave a loud click, indicating it had sealed. I had made jam! 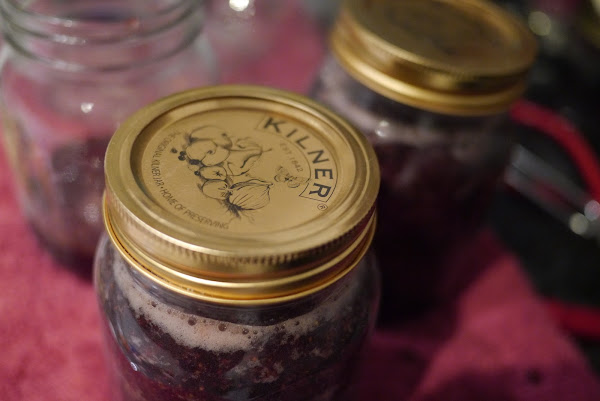 I also had a little jam left over, which went into another jar. I tried it the next day, and while it tastes good, it is quite hard (although still just about usable!) I had heard that strawberries don’t have much pectin in them so you should add pectin to make it set, but then other recipes said to use lemon juice instead, which I used. I guess lemon juice works just fine! Next time I won’t boil it for quite so long.