My ’52 New Foods’ challenge is under way, and I have made crème brûlée for the first time. It is an immensely difficult thing to make, and uses a lot of specialist kitchen equipment, as you can see from the photo. I am, of course, being a little sarcastic here. Although I did use a blow torch, which I forgot to photograph. 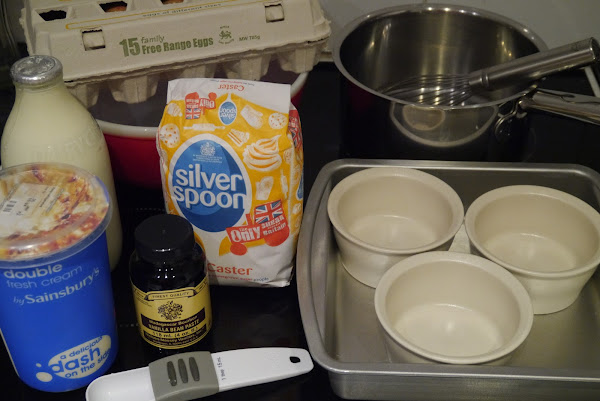 I started small, and only made enough to fill two ramekins (although I had a third at the ready just in case there was too much). I used a BBC Good Food recipe since their recipes are often pretty good, and they also get rated by people who have used them.

I made a couple of changes to their recipe. First, I used vanilla bean paste instead of actual vanilla beans, because it was at least half the price, and meant that I wouldn’t have to mess around with sieving out the pods, but it still has the seeds in it. Secondly, I didn’t cover the tray while cooking, as I didn’t have a deep enough baking tray. I almost made it without separating the eggs too, but realised just in time and put them aside to make chocolate brownies with later.

There’s no need for me to show every step, so I’ll stick to a few comments about how to caramelise sugar.  After refrigerating the crème brûlées overnight, I took them out the of fridge for about three quarters of an hour before taking the blow torch to them. This is the wrong way to do it: 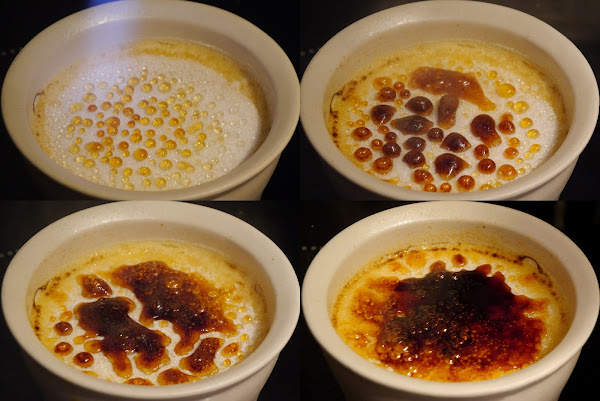 The problem was that I used too much sugar, and then moved the blow torch around too much, as I didn’t want to scorch the sugar. Fortunately, once the ‘caramel’ had set I could lift it off in one piece and then have another go. On my second attempt I used only enough sugar to just cover the surface, and evened it out using the back of a spoon (as the recipe suggests). I then heated a little bit at a time, working around in a spiral, until everything was melted. I then added another layer of sugar and did it again. 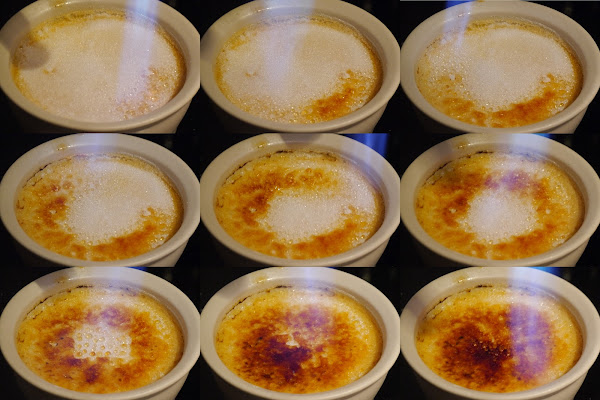 We ate them about half an hour later, and they were delicious. Naomi shared hers with the children, and I probably could have done with doing the same, as they were incredibly rich. But I managed to finish it off myself! I have no idea if they were right or not, as I’ve never eaten one before. When I took them out of the oven I was worried that I’d overdone them, and when I ate them I thought they might be a little underdone. However, Naomi had one at a restaurant a week or two earlier, and said that mine were better, so I guess they can’t be too bad! 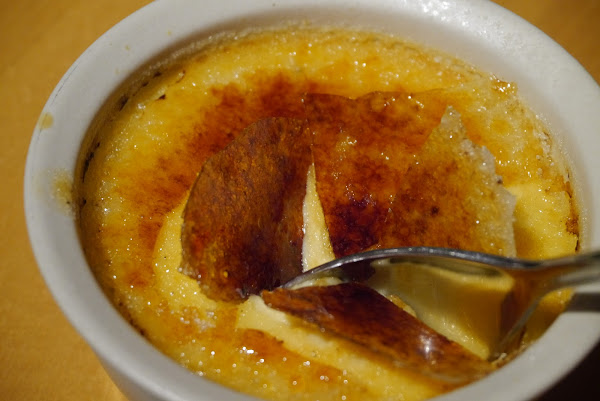